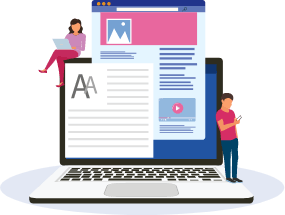 Avoid These Common Mistakes in LOR to Make it Presentable

It does not matter in which country or in which University you have chosen to study, you will need to present 2-3 recommendation letters or LOR. LOR types vary according to the courses you apply for. Given here is a list of common mistakes in LOR that applicants normally commit when they apply for admission in the University but prior to that let us have a quick look at what LOR is and why it is important.

What is LOR? Why it is Important?

LOR is an abbreviation for Letter of Recommendation. It is also known as reference letter or reference simply. It is a document in which the writer assesses its qualities, its characteristics and its capabilities. The letter is a judgment of the individual ability to perform any task.

These letters are required when admission to a University or Institution of Higher Education is sought. These are also written for judging the eligibility of a candidate for scholarship. These letters are to be written about somebody and addressed to a requester which can be a University Admission Committee.

The person who chooses to refer you in the letter is known referee or recommender. Though it may be tempting to get LOR written from that professor whom you think you would have been in friendly with. But, LOR written by a professor having adequate experience in writing these letters matters.

Some people do not realise the importance of writing a good LOR. They just take it down from the Internet. This copying and pasting right from any online source is tantamount to plagiarism. It seriously affects the chances of students getting offer letters. So, when you need to present a LOR, ask your professor not to be generic and showcase only your skills and talents with suitable examples if possible.

Rehashing Your CV and SOP:

You need to take every possible care of not repeating your SOP or resume in any manner. There can be certain overlaps but LOR has a distinct identity and hence it should be written from a new perspective. You can talk about the qualities and the skills that are not being talked about you in the

SOP. Avoid repeating what is already stated in your Resume or SOP as it will cut down your chances of getting admission in your chosen programs. Avoid using all the facts and figures that you have already used

Only Strengths are focused:

Focusing on strengths only can make your LOR look like a marketing piece on self promotion. This is a common mistake in LOR that most of the students do. They fail to mention any of their weak points and hence began to sound clichéd. While it is good to highlight your achievements, it is not good to miss out any area of improvement whatsoever. You should try to incorporate at least one weakness and focus on getting it improved in a due course of time.

You need to remember that mentioning only the positive aspects of personality and skipping the negative traits cannot leave a positive impression on the committee. So, make very sure that you include the weakness also at least once.

Not Giving Ample Amount of Time to the Referee:

Rushing to the referee and expecting him to be impressive and convincing in the LOR is one of the most common mistakes that applicants normally do. They need to request the recommender well in advance and should try to remind them at regular intervals. You should plan well and make request from the referee at least a month in advance. LOR cannot be written perfectly at the last moment, you need to remember this. So, avoid this common mistake in LOR and plan in advance.

Give your referee enough time to analyse and study your candidature and help him/her to come up with a great piece. So, do not rush at the last moment to get the letter written as you would not be able to secure a seat if you do so.

Failing to Validate Your Candidature in LOR as It Lacks Examples:

LOR which is devoid of the instances does not add much value to your application. A recommender is not supposed to praise you simply in the LOR if he does that either he is lacking the experience or he does not have much time. In either of these cases your LOR will tend to ineffective.

So, whenever an applicant is praised in the LOR, it should be followed by the instances so that with the help of examples it can be validated. For instance, recommender can present a theoretical concept which the applicant has applied practically in the lab.

To make LOR even more impressive, recommender can add the precise result of the experiment that you may have performed successfully and the instances that impressed him/her in particular.

Not Providing Enough Information to the Recommender:

At times everything happens in jiffy, if you fail to plan, you plan to fail. So, do not rush to get your LOR written in the eleventh hour. Provide all the important information to the recommender. Send your detailed resume, certificates of excellence and proofs that can help him write a thorough letter.

It is good to know that you would be asked to include at least 2-3 references. Most of the times, despite getting an impressive and all-inclusive LOR made by the recommender, students do this common mistake in LOR. Not including all the contact details in LOR like phone numbers, e-mail address and others can make it ineffective.

A Similar Sounding Tone in Narration:

Since you are expected to get the reference written by 2-3 different people, make very sure that the tone of narration should not sound similar in all through. Also, since it is a document that would be reviewed by the admission committee, the language used in it should be formal, humble and most important of all, it should include all the details of academic or other achievements with examples.

Praising immensely in the LOR is to be avoided strictly. This is the reason why students need to seek the help of a recommender who is experienced in writing LOR. The one who has written a lot of letters is the right choice. Praising immensely in the letter can make it sound like a note of flattery where things have been exaggerated. A weakness or two should also be bought to the fore in the letter.

Not Exhibiting Professionalism and Authenticity:

A well-written LOR is the one which has a professional touch with all achievements and academic excellence mentioned sequentially. Since it is a crucial document highlighting all the excellence of the student referred, all the achievements are to be mentioned clearly avoiding those that have already been mentioned in the resume and SOP.

As mentioned earlier you need to avoid contacting the referee at the eleventh hour and without proper documents for proof. Dreaming about studying the top University of your choice demands a proper planning and getting a letter of recommendation is a part of that planning.

The biggest common mistake in LOR that most of the students make is a proper planning. Rushing at the last moment tends to spoil it. So, get a well-written and presentable LOR written, brace yourself up and get ready to take the world on your stride!

Get in touch with us today to get more useful writing tips of LOR. We are here to assist you!